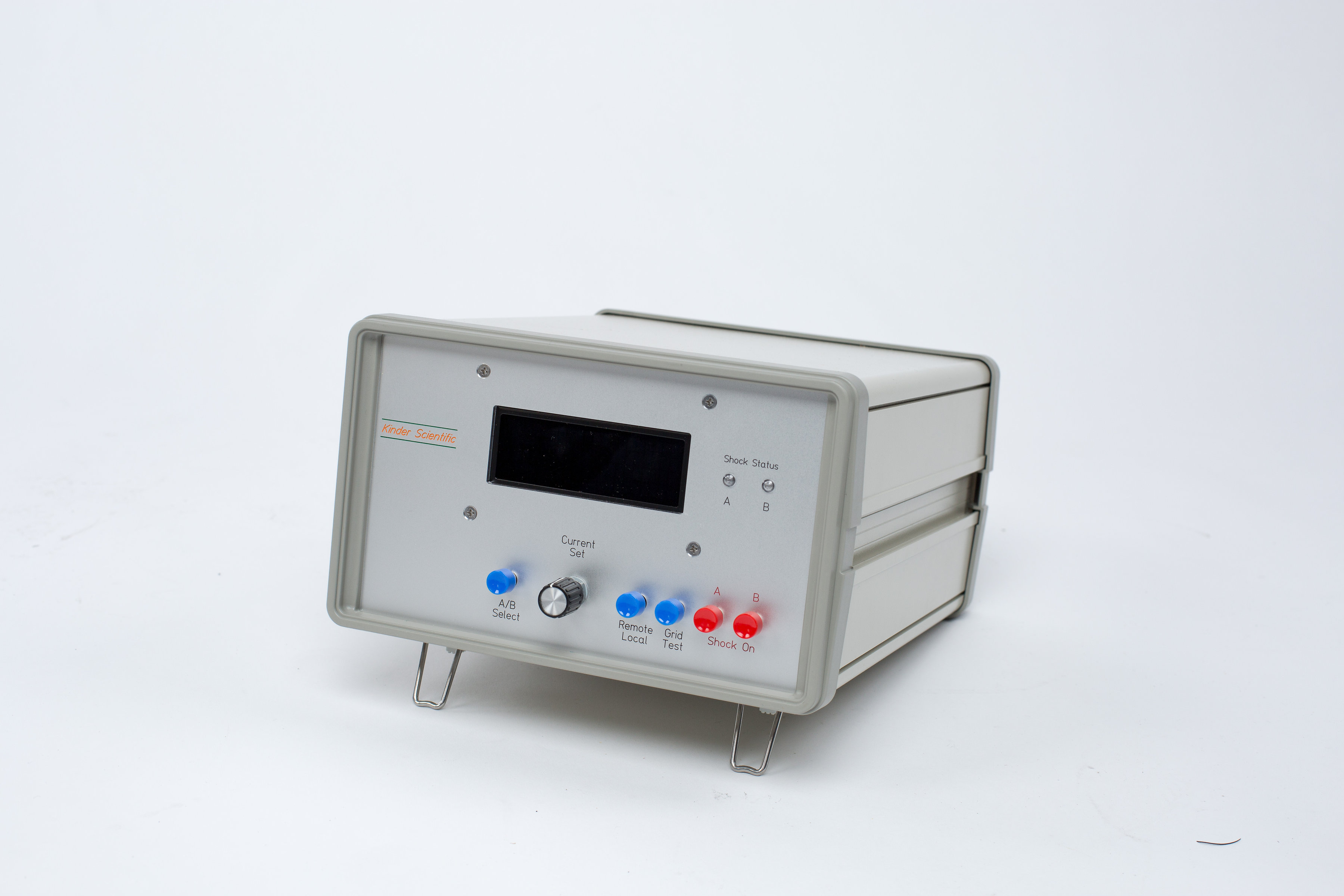 The industry’s only two completely independent shockers in a single chas­sis!

Exclusive Dual Output Programmable Foot Shock – Save lab space and precious equipment funds by acquiring the industry’s only two completely independent shockers in a single chas­sis! With two separate outputs, two separate set-points, and two separate initiate triggers, our dual shocker is the next generation in lab instrumenta­tion! Because of its design with two complete and separate foot shock functions in one chassis, we are able to significantly reduce the cost compared to two sepa­rate shockers.  You can collect twice the data for a greatly reduce cost!  It’s About the Data!!

A frequently overlooked issue with using foot shock is the potential for grid leakage. The dis­charge commonly created by the animal contains high mineral content.  This high mineral content causes a conductive film to build up between the grids that is extremely difficult to clean and which potentially irreparably damages the control circuitry.  Even a small (and invisible!) film can truncate some of the shock around the animal causing potential confound in the data (i.e., the control animals look like they are getting “dumber” over time when in fact the problem is in the detection!). Our specially designed detection circuit helps prevent the issue thereby protecting the accuracy and integrity of your data!  This is the only foot shock device in the world that provides this feature!  It’s About the Data!!